“When I was searching for a facilitator for a student organizing conference in Boston, MA, every organizer I reached out to gave me the same name-Gregory Pehrson. When I met with him to talk about the task of trying to turn a student group that had been primarily fundraising for charity into an organizing force, he immediately understood. Many organizers would simply say that the group isn’t ready, but Greg fundamentally understands that all people have the power inside to take direct action and confront power. He was an energetic facilitator who immediately was able to get the participants to shake their cynicism and embrace their inner organizers. He also inspired a now ongoing tradition at our annual conference of story telling as a core skill in our organizer toolbox. I would not hesitate to recommend Greg as a consultant to your organization or a facilitator for your workshops and conferences. He is the real deal.” -Jennifer Flynn, Managing Director, Health GAP (Global Access Project)

“At a time when the mainstream media would have us believe that US and multinational corporations rule the world, Greg Pehrson’s stories of immigrant workers organizing direct actions and winning concrete victories draw our attention to the extraordinary power of grassroots communities and expose the collapsible facade of big business.  Greg’s stories aren’t drawn from history’s annals but his own work as an organizer. His storytelling performances are crafted for the very people whose courageous actions he brings to light. Moving deftly between vocal lead, world percussion, electric bass, flute solos and flute beatbox, Greg punctuates his vivid accounts with participatory movement songs that help us see contemporary victories as part of an inspiring legacy of people power.“–Nisha Purushotham, Musician, Activist, Founder of The Rhythm and Roots Project, Boston, MA

“I had the pleasure of first meeting Greg Pehrson at an organizer’s training in 2003 in Chicago, and I was immediately impressed. At that time Greg was getting ready to launch Fuerza Laboral, a workers center in Rhode Island that is focused on building the collective power of low wage immigrant workers. Since then Greg has done a tremendous job in building Fuerza into a powerful organization that is on the forefront of labor and immigrant rights issues in the State of Rhode Island. Not only is Greg a great organizer and director, he is also an excellent trainer and facilitator. This past year (2011) Greg helped in developing the Dismantling Structural Racism Curriculum for the National People’s Action Network, and trained a number of a organizations within the network on the curriculum. Greg would be a great asset to any organization interested in building the collective power of low wage workers, advancing a strong racial justice agenda, or challenging white privilege.”-DeAngelo Bester, Executive Director, Workers Center for Racial Justice, Chicago, IL

“Beyond being a planning master, facilitator extraordinaire and an organizer’s organizer my most coveted of Greg’s qualities is his modest personality. He has a unique and spiritual positive energy about him that enables him to make genuine connections with people. He teaches and inspires at the same time. This, along with his strict adherence to the organizing fundamental principle of “those affected lead” have led him to put on some of the most effective accountability sessions with key decision makers and successful direct actions on unscrupulous employers I have ever witnessed.”–Fred Ordoñez, Executive Director, Direct Action for Rights and Equality (DARE), Providence, RI

“Greg worked with grassroots leaders and staff in our organization when we were first getting started and brought a vast organizing knowledge and a dynamic facilitation style.  As our work progressed, we sought him out for advice on numerous aspects of our work – including planning direct actions, building membership, and strengthening funding proposals – and he always delivered key insights.  Greg is an engaging trainer, an awesome storyteller, and a tremendous asset to any organization that has the pleasure of working with him.”–Gwendolyn Forrest, Founding Director of Teach Our Children, New Haven, CT

Stories of organized communities winning real victories against injustice, and thoughts on direct action organizing for the long haul. 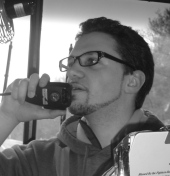